In 2020, Massachusetts became the first state in the nation to ban all flavored tobacco products including menthol.

Raising the tobacco sale age in Massachusetts in 2019.

In 2014, BOLD was recognized by the Boston Globe for its 8 year campaign to ban the sale of tobacco products in Boston pharmacies. Click here for more information.

In 2012, BOLD received a statewide award from the Massachusetts Public Health Association.

Dr. Lawrence Deyton the first Director of the FDA’s Center for Tobacco Products meet with the BOLD Teens to discuss our warning labels.  It was his first trip outside of D.C.

FDA Regulation of tobacco products through the Family Smoking Prevention and Tobacco Control Act.  We worked with our Representatives and Senators on this bill for more than six years and it finally happend with leadership of President Barack Obama.

BOLD was also very active around the passing of fire safe cigarettes in Massachusetts in 2007, requiring that the paper that tobacco is wrapped in, is paper that burns slower and safer, thus reducing home and forest fires. It requires that tobacco companies making and selling products in Massachusetts must use this special paper. New York was the only other state at the time requiring this paper. BOLD Teens were active in this law that has saved hundreds of lives and property damage.

In 2001, the BOLD Teens began its campaign to ban the sale of tobacco products in Boston pharmacies.  BOLD efforts included thousands of signatures for its petition, hundreds of letters of support and daily protests in front of pharmacies selling a product guaranteed to harm; meetings with Boston City Council, Board of Health and working with the Boston Tobacco Control Program.

In 2008, the Boston Board of Health responded to these efforts by passing a regulation to ban the sale of tobacco products in Boston pharmacies.  This regulation became effective February 9, 2009.

We will continue to seek:

Finally, in 2014, CVS announced its plan to prohibit tobacco sales beginning in October 2014. BOLD is now focused on Stop and Shop by gathering signatures for the petition and letters of support; protesting the stores; and seeking meetings with the CEO.  BOLD is also working locally with America’s Food Basket, a “mid size” chain of food stores in Mass., Conn., New York and New Jersey to stop selling tobacco products.

BOLD worked with local merchants to develop and place the labels on popular tobacco products before they were sold.  In 2008 this campaign was supported by the Boston Tobacco Control Program and BOLD added the 1-800-TRY -TO -STOP number for smokers interested in quitting.  These labels have proven to be effective and a first.  After the passing of the Family Smoking Prevention and Tobacco Control Act in 2009, Dr. Lawrence Deyton, then Director of the FDA’s Center for Tobacco Products visited the BOLD Teens in 2010 to learn about the nations first tobacco labels and impact the labels were having in Boston. The  FDA  then developed the nine graphic cigarette-warning labels, BOLD developed its own warning labels in 2007 to educate the community on the dangers of tobacco use and exposure by sharing the toxins found in cigarettes and placing this label on cigarettes.   BOLD Teens worked with local merchants to develop these labels and placed them on popular cigarette brands before they were sold.

Unfortunately, in 2011, five tobacco companies responded to the FDA developed graphic warning labels by filing a lawsuit alleging that the labels unconstitutionally infringed on the companies’ rights.[1]  Ultimately, in 2012, the FDA’s Regulatory Impact Analysis (“RIA”) was called into question by the D.C. Circuit, which held that the graphic warnings were a violation of the tobacco companies’ commercial speech and the labels did not advance the FDA’s interests of reducing smoking rates.[2]  The FDA chose not to appeal to the Supreme Court after the D.C. Circuit Court ruling, and the BOLD Teens look forward to seeing what happens next with tobacco warning labels.

Since 2001, BOLD focused on Food and Drug Administration (“FDA”) regulation of tobacco products until 2009 when President Obama passed the Family Smoking Prevention and Tobacco Control Act.  This Act granted the FDA authority to regulate tobacco products and mandated labeling reform.

The BOLD Teens worked with the Boston Public Health Commission, Health Resources in Action, and Boston Housing Authority to pass first legislation in the entire country to have all public housing in Boston go smoke-free.   The BOLD Teens designed and painted a large educational mural (8’ by 14’) which hangs in the community room of the Codman Apartments on Washington Street 02124.

Most recently the BOLD Teens supported the ordinance to ban  smoking of cigarettes, marijuana, and other “lighted or vaporized” substances in 251 parks, squares, cemeteries, and other open spaces run by the Boston Parks and Recreation Department.

Smoking in cars while children are inside

The BOLD Teens are working, with Rep. Heroux, to require people to not smoke in cars when a child is in a car seat.  The BOLD Teens collected over 800 signatures for the petition in 2013.

The84.org
In  2007, the BOLD Teens and other youth launched a website with then Secretary of Health and Human Services, Judy Ann Bigby to showcase the 84% of youth in Massachusetts that don’t smoke.  This 84 shows what youth are doing across the state to reduce tobacco use and exposure and to address the manipulative tactics of the tobacco industry to get youth hooked.

We worked with and continue to Tobacco Free Massachusetts (“MTCP”) to address the issue of tobacco funds for tobacco programs. The Massachusetts Tobacco Control Program used to be the number one program in the country for spending money that comes into the state from the Master Settlement Agreement and the state excise tax for funding tobacco control in Massachusetts.
We have been able to make significant increases to the MTCP budget yet the budget is still embarrassingly low. 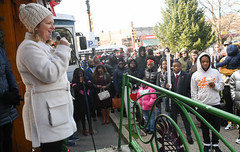 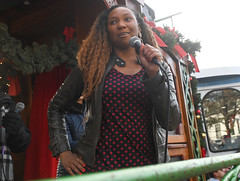